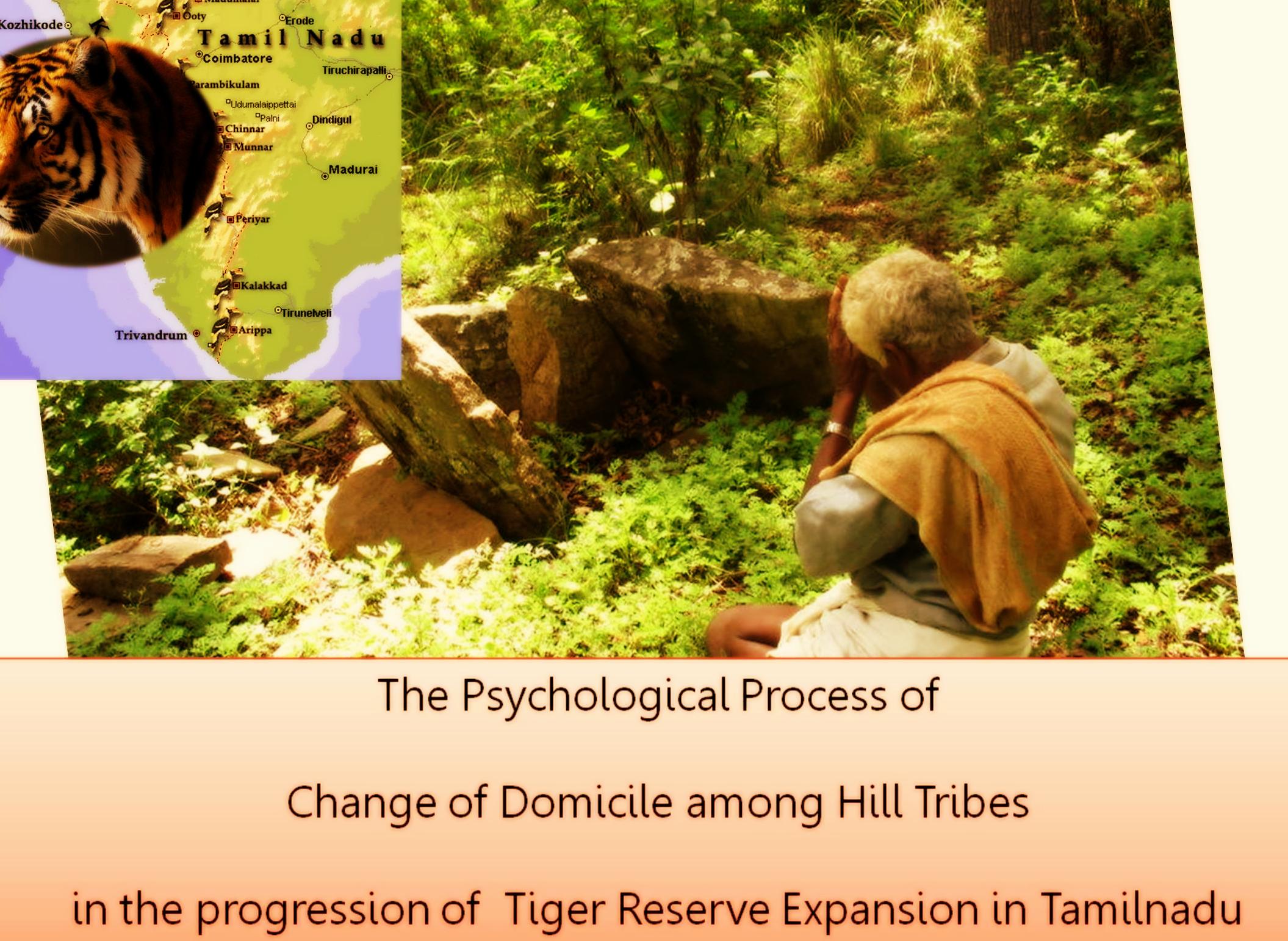 Sathyamangalam forest in Erode district in Tamil Nadu has been declared a Tiger Reserve. It is the fourth such reserve in Tamil Nadu. The government also planned to expand the existing three other tiger reserves are at Mudumalai in the Nilgiris district, Anamalai in Coimbatore district and Kalakad-Mundanthurai in Tirunelveli district. The government has earmarked 1.40 lakh hectares for the exclusive protection zone for the big cats. Sathyamangalam is home to at least 25 tigers, which has been confirmed by various studies and census conducted by the department and the WWF. It is the plan of the government to relocate the communities living in this zone to new locations outside the forest area. The tribal communities are confused and perplexed about the relocation plan.

This exploratory-descriptive study was conducted to discover and identify the psychological process of change of domicile among hill tribes in the progression of tiger reserve expansion in Tamil Nadu. It describes and analyzes the psychological condition of the people. Grounded Theory research begins by focusing on an area of study and gathering data from a variety of sources.

The study area is the newly created Tiger Reserve in the country which is situated at the tri-junction of Tamil Nadu, Karnataka and Kerala states in the Western Ghats. Mainly the areas are near the town Sathymangalam and Mudumalai Tiger Reserve and the Anamalai –Topslip Tiger Reserves in Tamil Nadu.

Data was gathered from three different sources. They: (1) key informants who were tribal people in the tiger reserve who are asked to leave the place by the government (2) secondary informants who work for the tribal communities and forest officials, (3) the general population from the selected nearby villages. A combination of different methods was also utilized to collect data. In-depth interviews, participant observations and storytelling were the methods used amongst the key and secondary informants. A survey was done among the general population.

The study identified that the tribal communities are completely depended on the forest resources for their livelihood, for their subsistence cultivation as well as for other natural resources like firewood, honey and occasional meat. This dependency leads them to various emotional as well as psychosocial issues when they think about relocation. There are non tribal communities too settled in the reserve forest area marked for expansion. Also, granite quarries and illegal resorts were other threats to the forest and wildlife.

The overall reactions of the people are very negative towards the relocation plan and many NGO’s are supporting the cause of tribal people who are illiterate. The NGO’s and other voluntary groups identify so many violations of basic forest laws in the relocation proposal due to the authoritarian forest officials.

The study identified the following areas as greater concern, directly affected by the Tiger Reserve Expansion Plan. They are: Land utilization and subsistence cultivation, dependence on natural forest resources, tiger reserve and tourism, poorly conceived rehabilitation and resettlement plan, emotional and psychosocial issues related to relocation, the problems related to non-tribal people in the tiger reserve and other related concerns, reaction of the tribal community as well as support groups pointing out ggovernment’s violations of forest rights. Above all, there are no preparations done or awareness given to tribal communities regarding their new life situation.

(This study was funded by ICSSR major project)